I purchased a bright red/ black 1992 Allante that had spent most of its life in Florida and Tennessee. Because of the sun exposure the dash was weathered and had started to separate from the metal backing around the defroster vent and of course the left and right edges were raised. 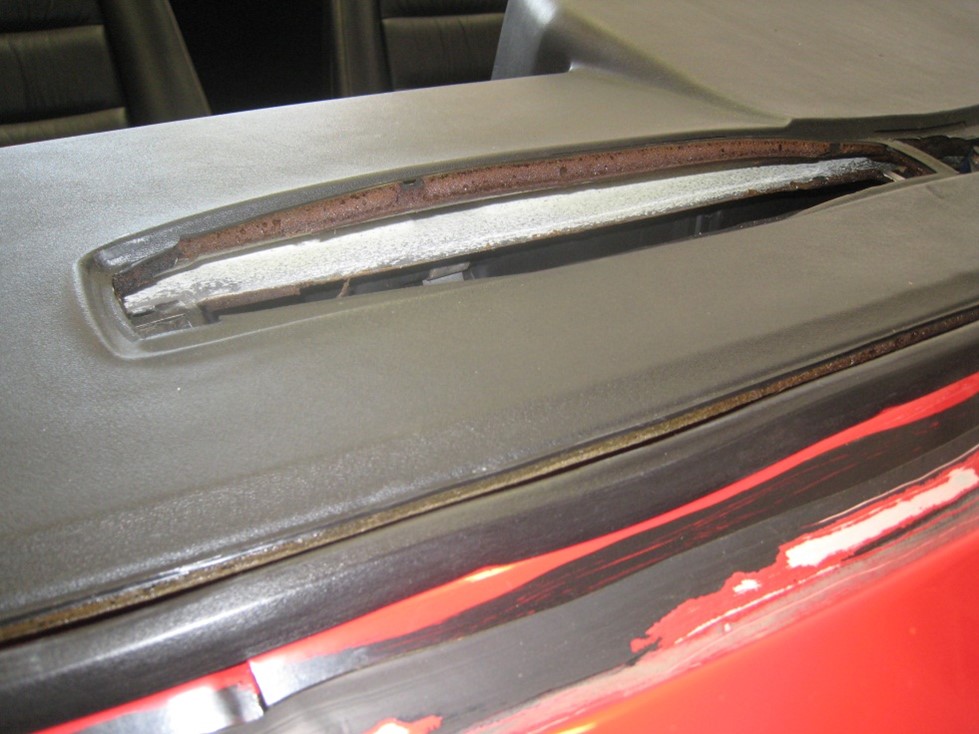 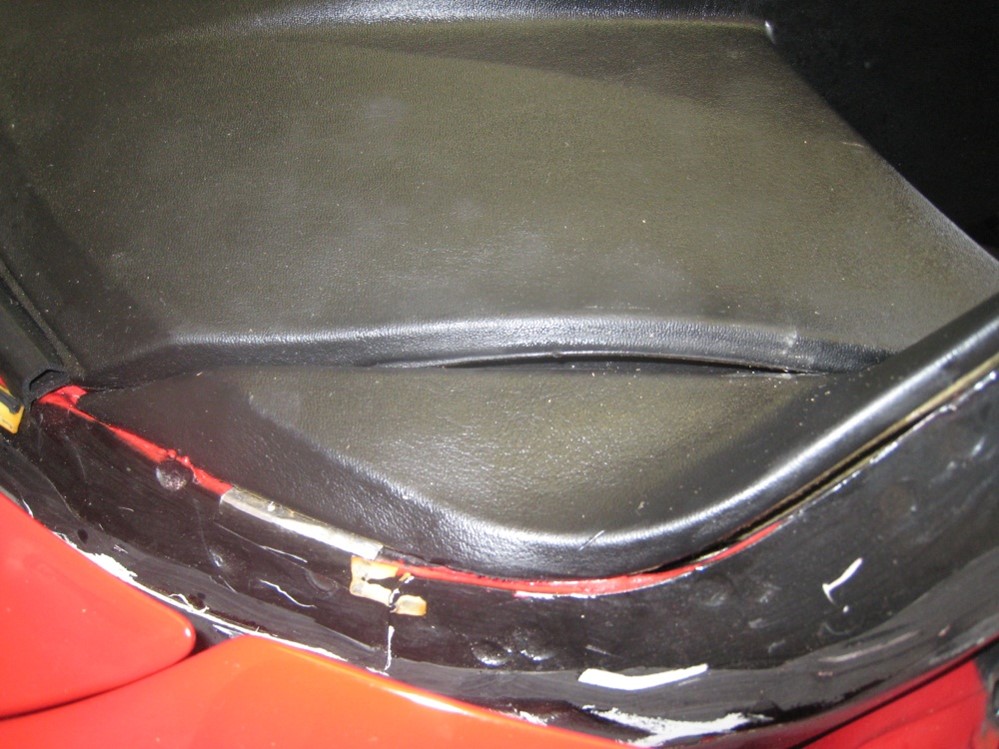 Shortly after I purchased the car a stone broke the front windshield. Deciding to make lemonade out of lemons I took the opportunity  to refinish the dash while the windshield was out. This makes a difficult job a lot easier.

I made a deal with a local auto glass shop to come to my garage, remove the old windshield and come back when I was finished with my work to install the new windshield. Once the old windshield was out I removed the plastic defroster grill.   The raised up portions of the dash were then easily visible and accessible. The first thing I did was buy some shallow head sheet metal screws. I next  drilled pilot holes through the vinyl dash cover and into the metal backing for the screws at approximately 3 inch centers. I did apply some Gorilla glue after wetting the joint but I doubt that that held very well because the foam backing was deteriorating. The screws were the items that did all the holding. I fastened the whole length of the vent even if it did not need it right now. Sooner or later it would need it. 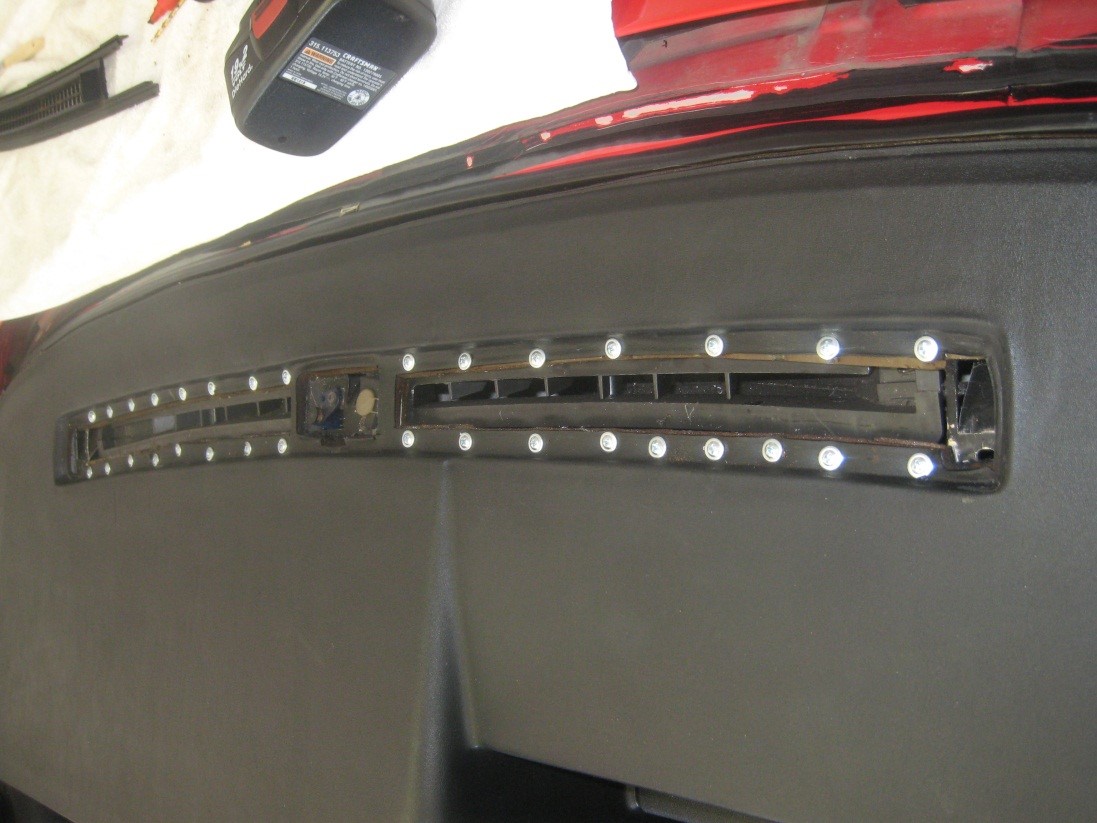 My next project was the repair of the raising at the dash ends. I was able to pry up the ends to gain access to the underneath areas. I again applied Gorilla glue to these parts. To be sure the dash stayed down I made some thin wood strips that I forced into the crack at the dash ends. These strips held the dash down as the glue cured. I painted the strips black and decided to leave them in place because I was not confident that the glue would hold. 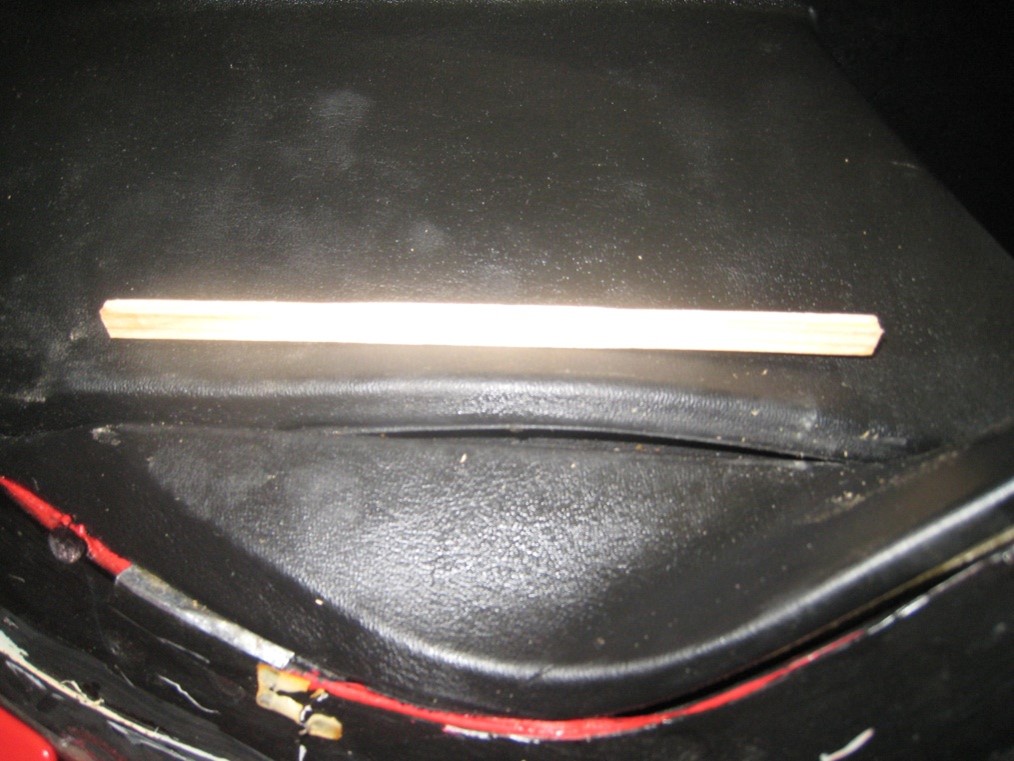 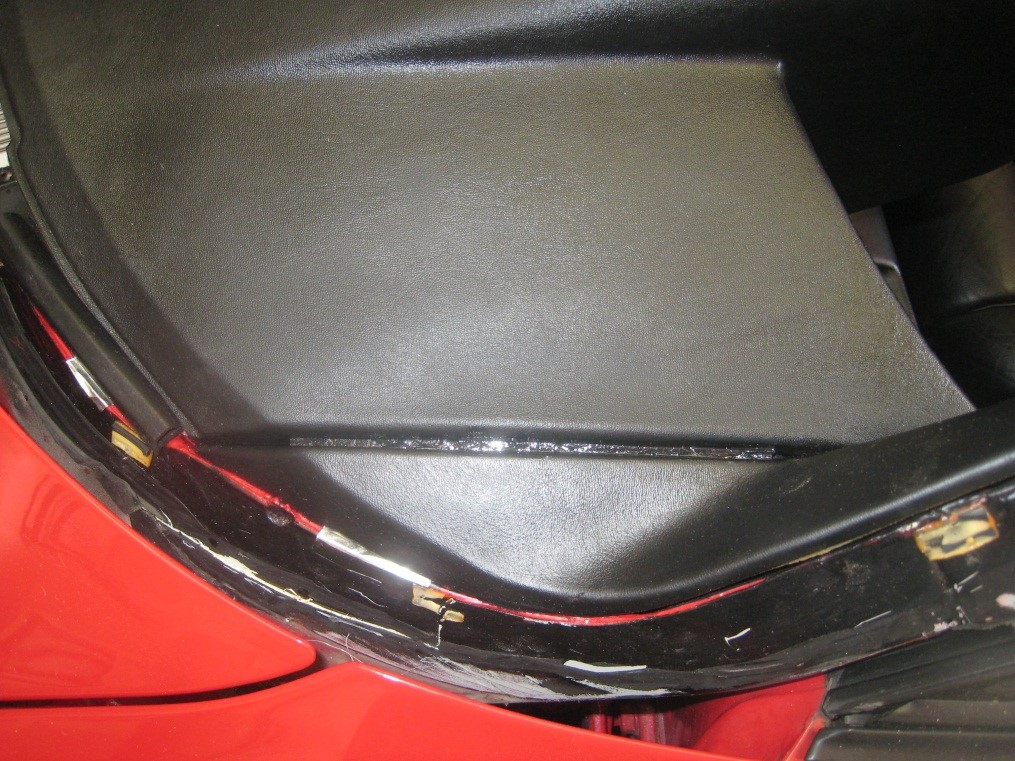 I also had some seperation at the VIN number. Her again I applied a generous amount of Gorilla glue. Because of its location I could not use screws or a wood wedge. I merely weighted it down with a 60Lb container of honey from my bee hives and hope the glue does hold. 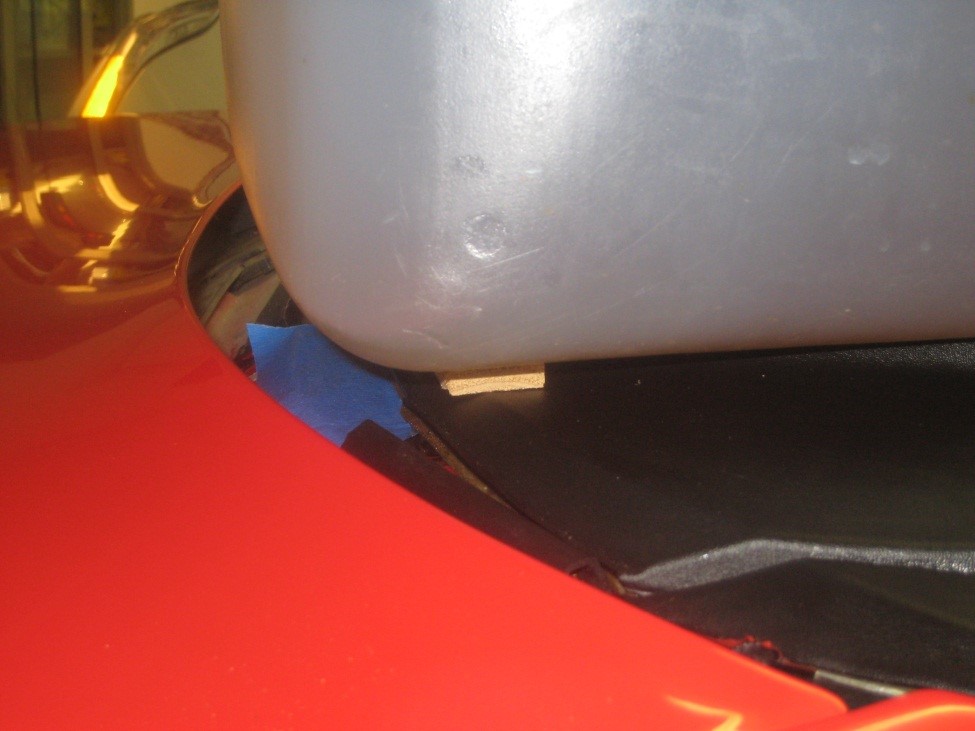 With the dash now secured down I cleaned the whole top and after masking it off sprayed it with a gloss black Dupli-Color Vinyl and fabric coating made to recolor vinyl. The results were outstanding. 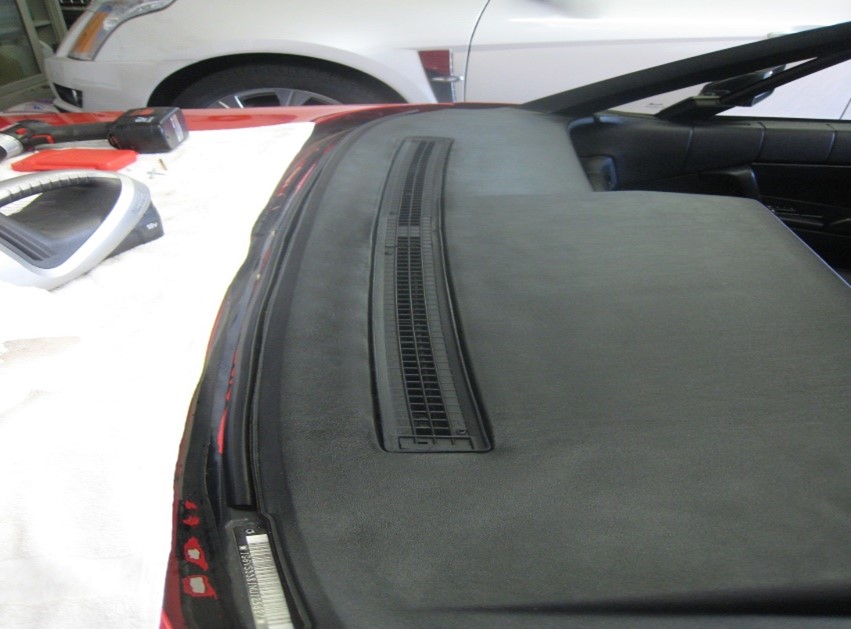 If I had to do it again I would make a long narrow metal strip that I would use as a continuous washer under the screws. I got some buckling between the screws which I think the metal strip would solve.

The cost for the new windshield was $250. The screws and paint were less than $20. It might be worth the investment to get a new windshield and a total dash restore. 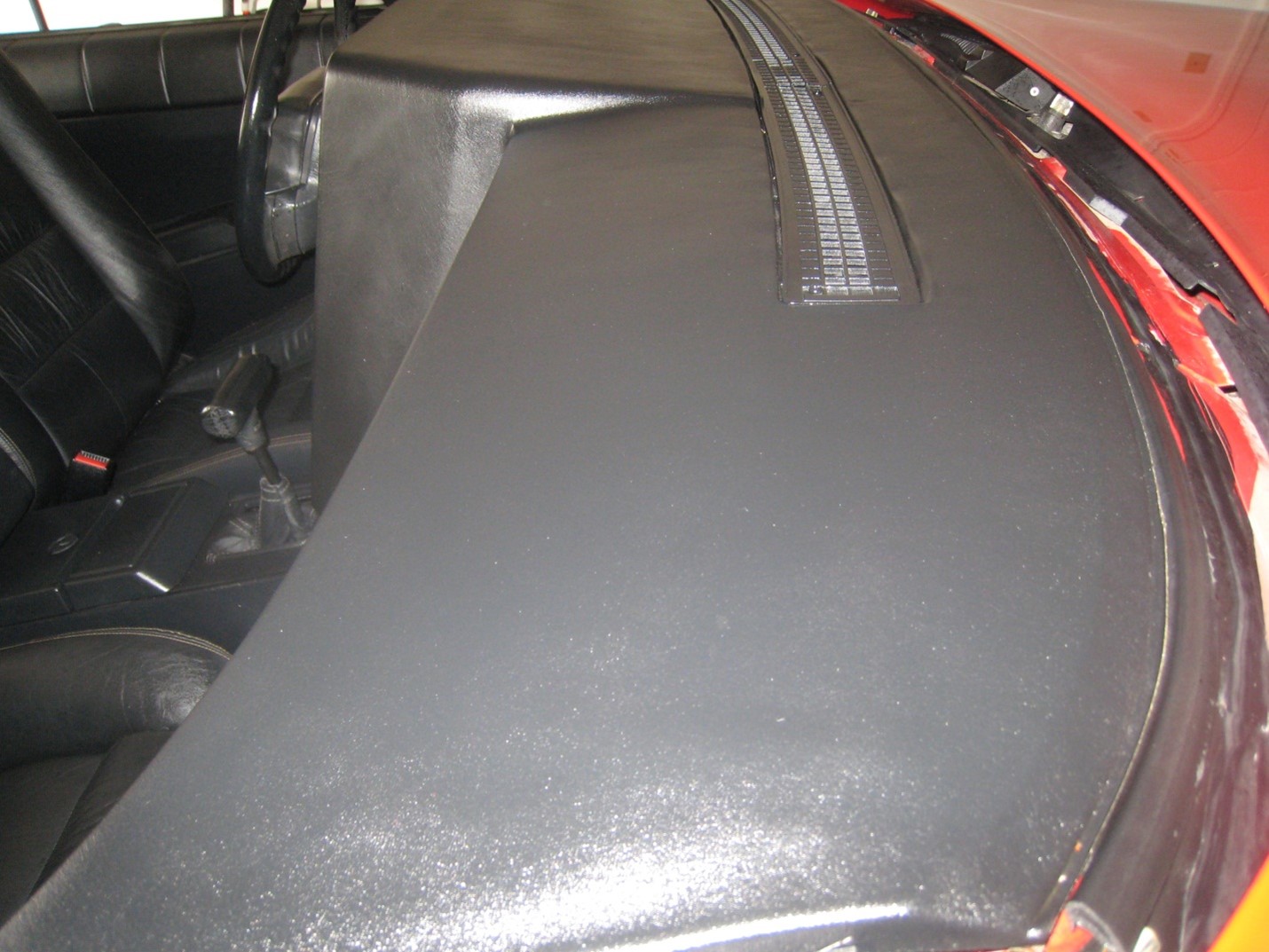