The rise and fall and rebirth of General Motors 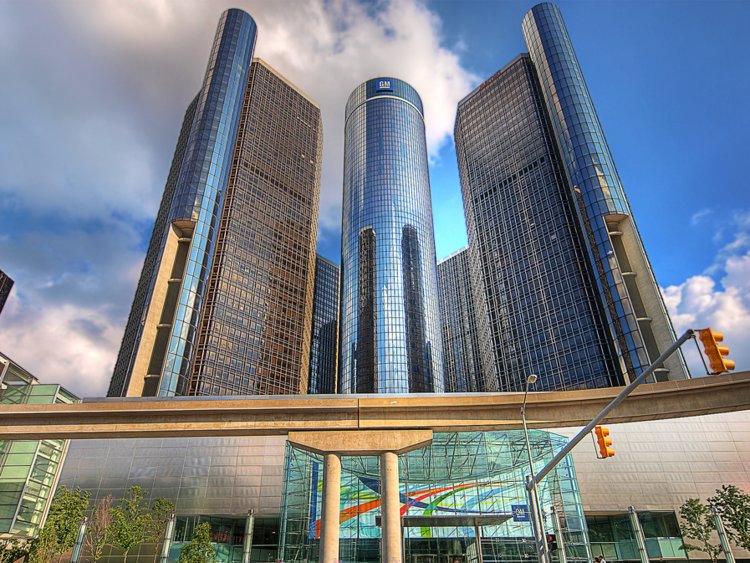 The story of General Motors is one of rising, falling — and rising again.

Born from the wild early days of the Detroit car business, “The General” made it through the Great Depression and rose to become the model of an American corporation. At one point in the 1950s, one of every two cars sold the in US carried a GM brand name.

GM’s decline wasn’t swift. From the 1970s through the 2010s, it remained a force in business, not just in the US, but worldwide.

But the changing global auto industry took its toll, and by 2009, when the financial crisis hit, GM hit a wall. The company had to be bailed out by the US government before entering bankruptcy.

A changed company emerged — leaner and more agile, determine to never again collapse under its own weight. Since its 2010 IPO, GM has been steadily profitable. And under CEO Mary Barra, the first woman to lead a major automaker, GM has invested in a future of electric cars and self-driving vehicles.

William C. Durant founded General Motors in 1980 alongside Charles Stewart Mott and Frederic L. Smith. He was later pushed out of the firm, but then he started Chevrolet and returned when GM acquired the brand in 1916. He was out again by the early 1920s and was financially ruined by the Great Depression.

Durant’s great rival was Henry Ford. While Durant sought to create a holding company offering numerous brands to serve different customer preferences, Ford concentrated on building one car that would appeal to everybody.

Durant’s effective successor was Alfred P. Sloan, an early example of an “acqui-hire.” GM bought his company and Sloan became GM’s president in 1923. He built it into the model of the modern American corporation and then retired in 1956, when GM controlled half the US auto market.

Under Sloan, GM became one of the most powerful and influential companies in the world.

The Great Depression wasn’t easy on GM, but the company never stopped projecting its confidence. Its building at the 1933 Century of Progress exhibition was designed by architect Albert Kahn.

GM struggled with the US labor movement before and during World War II. Eventually, organized autoworkers would become a powerful group.

GM survived the Great Depression and then transformed itself into a major supplier of armaments — the “arsenal of democracy” — during World War II.

After the war and Sloan’s retirement, Charles Erwin Wilson became GM President and later Eisenhower’s Secretary of Defense. He famous said what “was good for the country was good for General Motors and vice versa.”

GM achieved the peak of its power in the period after World War II and into the 1960s, as markets around the globe recovered and consumerism emerged.

The year 1953 saw the introduction of the iconic Corvette.

By the late 1950s, GM’s Cadillac brand had gone all-in of flamboyant features, such as daring tail fins.

But the early 1970s saw the US hit with a gas crisis. The era of huge American cars and cheap fuel was coming to an end.

By the 1980s, competition had arrived from old foes. German and Japanese imports were hitting the US markets. GM was also beginning to struggle under its legacy burdens to retirees.

Roger Smith was GM’s CEO from 1981 to 1990, a period when its market share fell from close to half of the US market to just a third.

A bright spot for GM in the 1990s was the rollout of the EV1 electric car.

By 2008, the situation had become dire. GM CEO Rick Wagoner joined Chrysler CEO Bob Nardelli and Ford CEO Alan Mulally in appealing to Congress for a bailout as the financial crisis took hold. GM and Chrysler would enter bankruptcy in 2009.

GM was reorganized, and after several interim CEOs led the carmaker, Mary Barra became the first female CEO of a major automaker in 2014. But her first challenge was to steer GM through a multi-billion-dollar ignition-switch recall.

After cratering in 2009-2010, the US auto maker recovered dramatically. Under Barra’s leadership, GM remained the No.1 carmaker in the US.

Barra oversaw GM’s comeback, but there’s no shortage of future challenges for the company as it faces down new competition and everything from electric vehicles to self-driving cars.